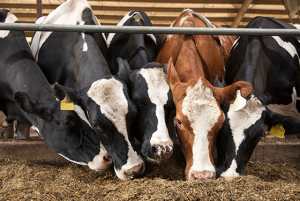 Malovu Milk Bulking Group aggregates milk from its 140 member dairy farmers based in Dowa district, about 35 kilometers out of Lilongwe, which it sells to processors in Lilongwe based on verbal agreements. As the agreements were informal, the buyers often took advantage of the group, delaying or defaulting on payments claiming the milk supplied had soured.  The group’s worst experience was in 2013 when one of the buyers failed to pay K714, 000.00 (approximately US$2,224) for milk delivered.  The lack of a documented payment terms or proper documentation of its business transactions with the buyer made it impossible for the group to pursue legal action to collect the debt.

The lack of formalization was not only with its buyers.  Like most of the SMEs in Malawi, Malovu Milk Bulking Group did not maintain business records. This often resulted in in-fighting among its members as they could not track the group’s business performance and individual member contributions. Each time a buyer delayed or defaulted on payment, members blamed executive committee members of misappropriating funds breeding mistrust within the group and member willingness to aggregate.   The group aggregated an average of 4,500 litres of milk per month, less than what individual members collect per day.

The Malovu Milk Bulking Group is one of the many agribusiness SMEs supported by the Agribusiness Investment for Market Stimulation (AIMS) program implemented by Global Communities in Kenya, Malawi and Tanzania with funding from the United States Department of Agriculture (USDA). AIMS seeks to build the capacity of small and medium agribusinesses to increase access to markets and finance with the ultimate goal of increasing trade volumes and values. To build the capacity of SMEs, AIMS uses a cost-sharing arrangement in which the agribusiness pays at least 50% of the cost of business advisory services. The program’s approach empowers agribusinesses to take ownership of the services being delivered by business advisory service providers (BASP) while, at the same time, support BASPs to grow their market of paying agribusiness so that they continue to provide continued support to this key sector.

Malovu Milk Bulking Group met Granger & Associates, a local business advisory service provider in March 2017 at an SME/BASP forum organized by AIMS.  After the forum, the SME reached out to the BASP.  The two organizations discussed possible engagement.  While the support proposed by Granger and Associates sounded useful Malovu Group had never used business advisory services before and were unsure on whether to proceed.  Given it was a first-time engagement the two organizations applied for cost share support from AIMS.

Granger & Associates build the capacity of 7 members of the group including members of its executive committee on structured trade and contracting, marketing, book keeping, financial management, corporate governance and internal controls in February 2018. The training was done for 5 days with 3 days of classroom training and 2 days of coaching. This was the turning point in the operations and management of Malovu Milk Bulking Group.

Using the knowledge and skills acquired through the BASP, Malovu Milk Bulking Group identified a new buyer, Agriculture Talandira Enterprise with which it signed a trade contract. This is the first time that the group has worked under a contract since its inception in 2012.   The group has sold 14,004 litres of milk worth K2,380,680 (US$3,266) under this contract over the period February to June 2018, double the amount sold over the same period in 2017. Mr. Andersen Ganizani, Secretary of Malovu Milk Bulking Group explains the improvement of the group  “we applied the knowledge gained from the [AIMS supported] training to develop a contract that clearly spells out the date when the buyer has to make payments for the milk collected in a particular month in order to avoid delays experienced with previous buyers and we are happy that the buyer is so far honoring the agreement”.

In addition, the group has started to keep records on its transactions including recording the amount of milk each member delivers to the bulking group per day. It now provides delivery notes which the buyer signs acknowledging the quality and quantity of milk collected and an invoice for the buyer when collecting milk.   Since the group has instituted these changes accountability has improved improving group cohesion. Mr. Sydney Chadzunda, the chairman of the group applauds the system “in the past we used to have a lot of queries from members with some expressing dissatisfaction with how the group was being run but with the introduction of the record keeping system in February this year, all members are able to follow all financial transactions”.

The group has also opened a bank account, one of the lessons from its training.  The group did not have an account before the training which made tracking funds nearly impossible.   “The bank account has made budgeting easy for the group because we are able to know how much money the group has at each point in time” reported Mrs. Felusy Chirwa, the treasurer of the group.

The Malovu Milk Bulking Group demonstrates the impact business advisory services can have in a market where prices are low and largely dictated by the buyers, and where the use of business advisory services is low, provide hope of improving an industry that is more than five decades old but seems to remain in its infancy.  Mr. Chadzuka had this to say about the BAS model “this is an eye opener, with the benefits we have realized we are committing to continue using BAS.”